Ad saturation for American households is another major issue – on every possible channel and every platform, Americans are being bombarded with political messaging. In September the average US household watched more than 103 political ads on TV, but that’s only part of the story. The realities of the political map mean that these households aren’t created equal – 25% of American households have seen 80% of the political ads shown. Households in Montana, Iowa, New Mexico, and Arizona saw the worst of it, being exposed to an average of more than 400 political TV commercials in the month leading into the first presidential debate. 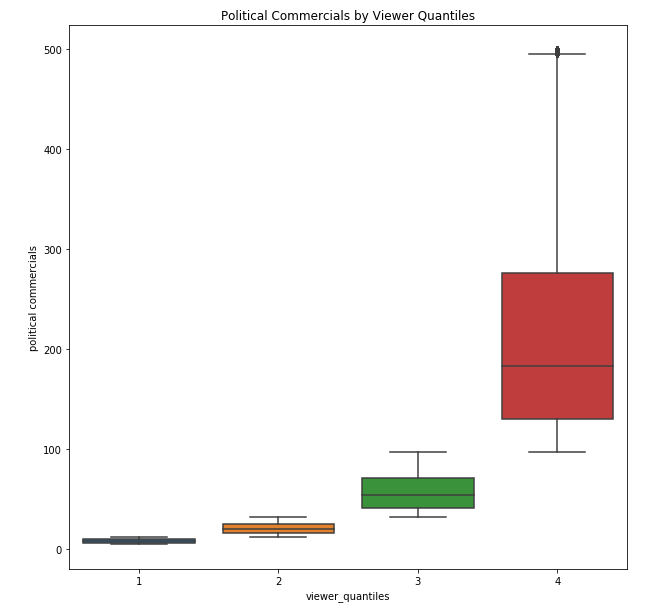 In terms of breadth of exposure, Florida, Georgia, and North Carolina have seen the broadest exposure, with more than six in 10 addressable households having seen one or more ads.

Smaller battleground and swing states are seeing the worst of it – Montana in particular, where a focus on the senate battle between incumbent Steve Daines and Governor Steve Bullock (as well as the house and gubernatorial races) is seeing advertisers pour money into the state. As a result, the average TV household in Montana has seen a massive 750 political ads in the last 30 days.

Iowa and Michigan are both among the top states by volume and have some of the most concentrated DMAs in the country. An average home in the Cedar Rapids DMA has seen 260 political ads in the last 30 days, while households in Detroit have seen 210.

What can advertisers do?